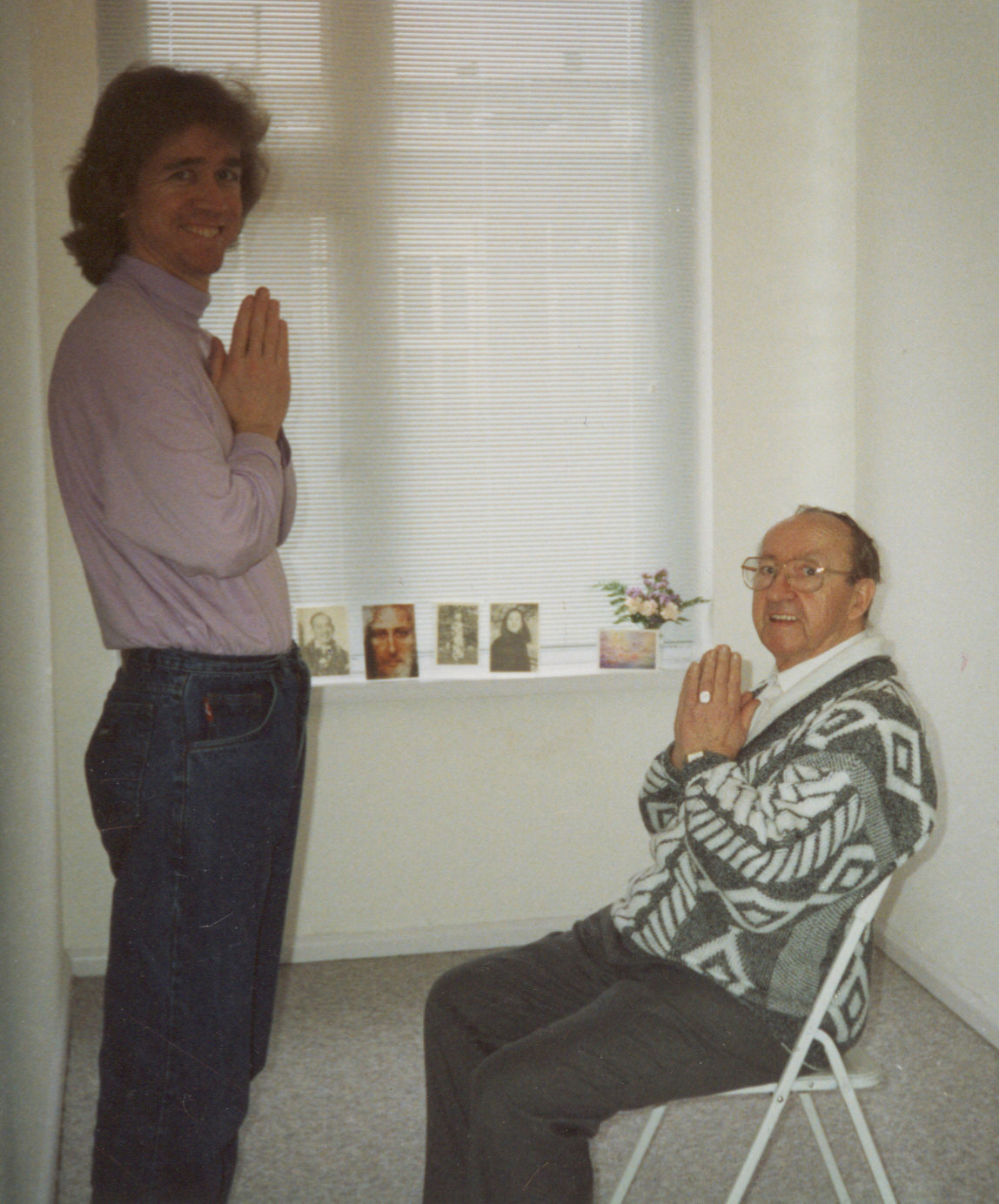 The day I initiated my father

The day I initiated my father into Reiki for the first time, was a great and grateful moment. The teacher allowing his son to teach him. It was March 1992.
For nearly 3 years I had been giving him treatments, two or three times a week. I would drive to my parent’s house, and as soon as he saw me, he would go up and lay on his (and my mother’s) bed, if he wasn’t there already…
The very first time I treated him was very touching… It was the day after I had come back from Poona, India, where I had learned Reiki in august 1988. We both felt filled with so much light and love that we started to cry of gratitude.
I had never cried together with my dad, and had rarely seen him crying. Until then.